We’ve been pretty lucky with the weather here. Yesterday really was the only day where we had to change our plans due to heavy rain.
This morning, after a decent caffeine hit, we started on our way to the Shitennjoi Temple.
Unfortunately some of it is covered – for restoration I’d imagine, but we were still able to take in some sights. 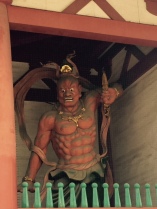 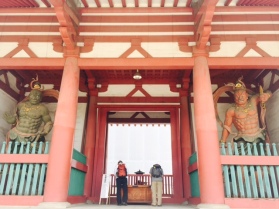 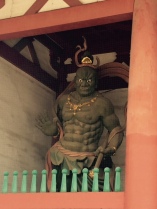 By the time we were done there, we were looking for some lunch so we decided to walk back to the Dontonbori area. 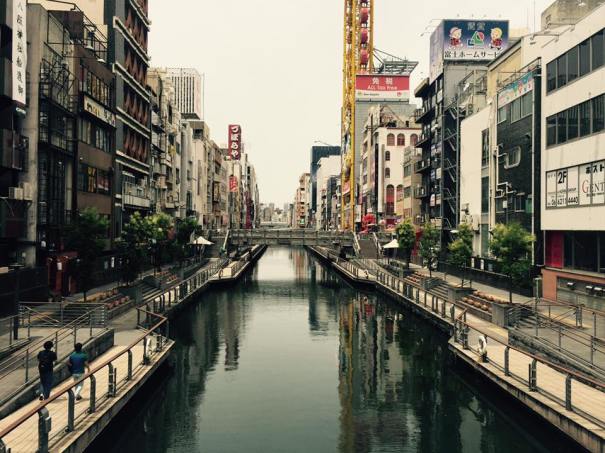 We’d seen the area by night but were yet to see it by day.
Last time we were here, we’d tried to go to Hiday’s Texas BBQ but it was closed. Today, it was open so in we went!

Immediately we saw this was a teeny tiny place and there was only Hiday – owner and chef – in there.

Normally we’d back out slowly in this sort of situation but we’d been seen and greeted so we couldn’t really go.

It ended up being a really entertaining couple of hours! Hiday told us his life story while he prepared our lunch and we shared our own experiences. 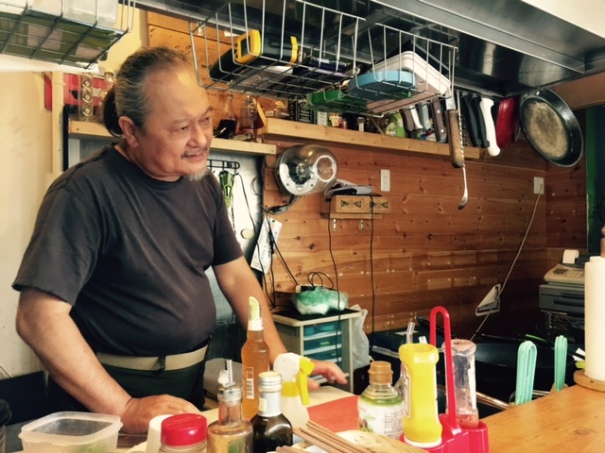 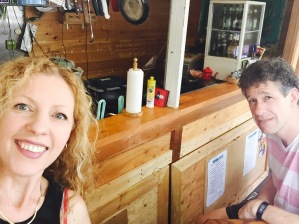 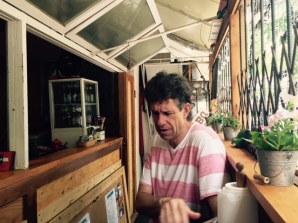 He took his time but that was ok too because we were talking and time passed quickly.

The food he prepared was amazing!!! I ordered a sloppy jo – western food in a western restaurant. I’ve not had one before so I have nothing to compare it to but it was soooo delicious! The meat was beautifully seasoned and the bread was toasty crunchy. YUM! Hiday makes his own bread! He also makes his own sauces for all the food he prepares.
Hubby had another type of meat sandwich. I can’t remember exactly what it was but he said his meat was really tender and well seasoned as well. 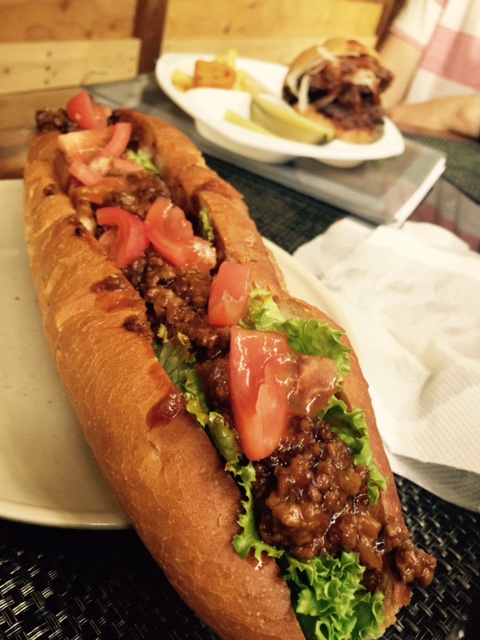 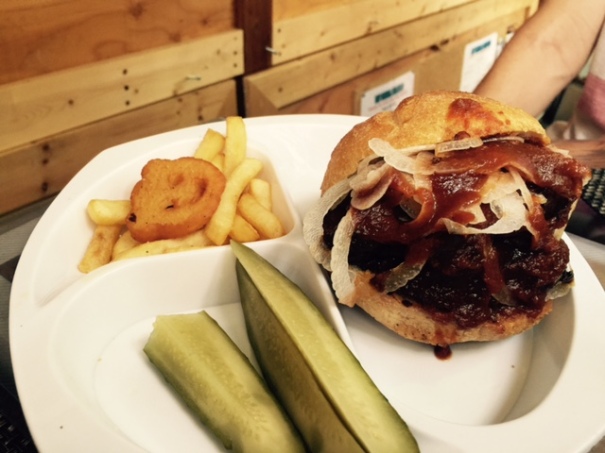 He gave hubby a pickled plum to try too. I wasn’t game but Hiday says he has these for breakfast.

He showed us the photos of “famous” people he’s cooked for. He’s obviously very proud of the food he prepares and rightly so!

It was kind of sad to leave there. I felt we’d made a friend. Definitely a recommend from me if you ever find yourself in Osaka!

We were looking to eat Japanese tonight and I’m sorry, but if it’s not in English, I don’t know how to tell you what we’ve ordered but here are the pictures 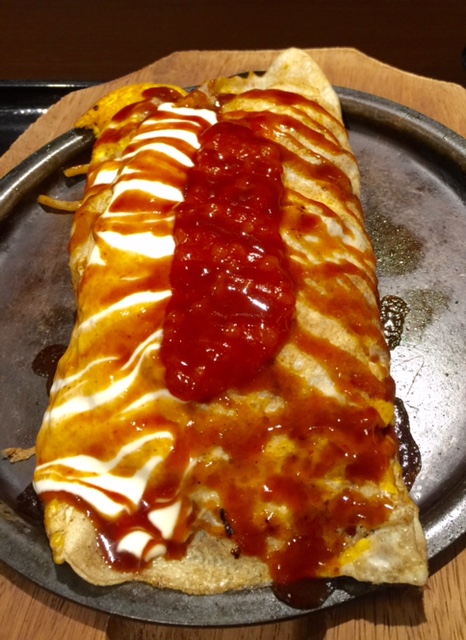 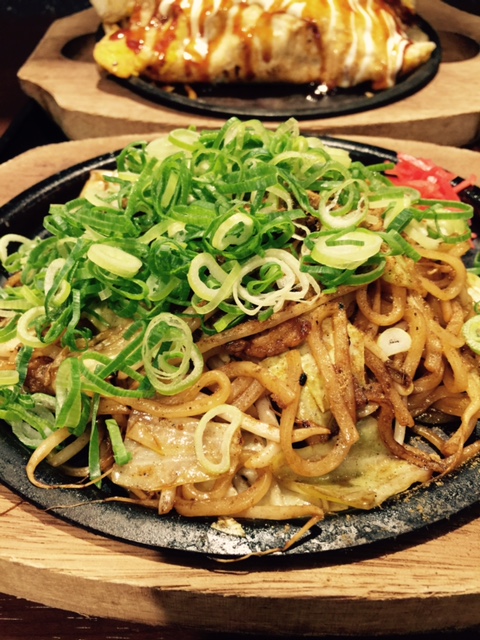 Of those three dishes, the middle one was the best. It was some sort of noodle omelette.

The bottom one had some sort of strange tasting “meat” and a spice on top I could have done without.

The first one… Well I didn’t try that one but I’ve noticed a lot of theses type is dishes are served with an egg on top.
Tomorrow we leave for Australia.

I’ve been thinking about what I’m going to eat when I get there all day!!