Today is our last full day in Tokyo and it was a glorious day so we were looking forward to doing some walking. I love walking in foreign countries because you see so much more than if you’re always in a train or car.
You get a better feel of the place you’re in.

Hubby wanted to go to the Honda Welcome Plaza and Google Maps showed it was about 7.5kms away so we set off.

We were walking and walking and I started to get confused as I thought we should have passed it by now. I even said from time to time “Still haven’t seen that Curves sign”

It just goes to show that hubby doesn’t listen to me when I talk because after about the third time I’d said that I still hadn’t seen a Curves sign, he says “oh, we passed that ages ago.”
What the heck!!!
I said “why didn’t you tell me!! I told you we were turning after Curves!”

He said that he thought I meant we were turning after curves in the road.
I’m sorry to tell you dear readers, this is indeed a true story.

It’s all fine, fine… We made a new route that took us eventually by the water and we love to walk anyway so what was an extra three of four kilometres? 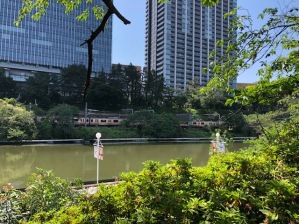 Finally we saw the Honda building in sight! It sort of takes you breath away as you walk in. Its a big place, not a huge display but what’s there is interesting to look at. 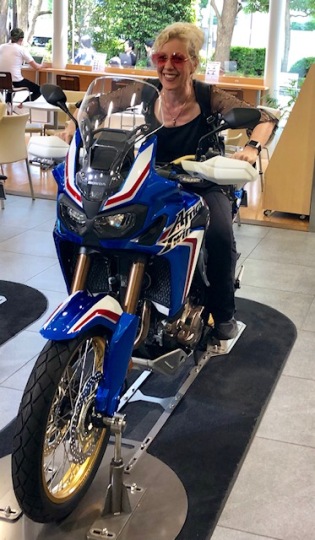 I even got to get on a motor bike! Who said riding was hard!

After that, we were looking for a train station to take us to the next stop when we passed a McLaren dealership. This was a much smaller place but definitely more breathtaking than the Honda place!

Very nice!! And as we left we wondered if they would have let us sat inside. I wish we’d done that now.

We passed a park that looked interesting so went inside for a little bit. I told hubby we could do with a bit more serenity in our lives. It was really pretty but within a few minutes I was ready to see something else. We both don’t know how to sit and be peaceful.

Oh and look at this sign that was at the start of the park. I’m assuming it’s a list of things not to do at the park. What’s the first one? No sleeping in the park?

We got off at Tokyo Station. That place is CRAZY! And walked to the Imperial Palace. Last time we were here there weren’t many other tourists around, today there seemed to be heaps. There were tons of buses parked in the car park too. I’m not sure what they’re all going to see because it’s not like you can look inside. We all just walked up to the bridge, took some pics, then walked back. Lovely grounds around there too and I love the view of Tokyo from here. This is more of a business district so doesn’t have the craziness of some of the other places we’ve been to. 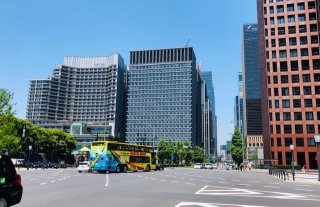 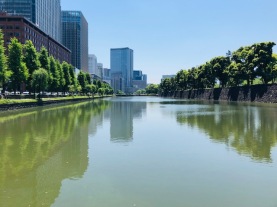 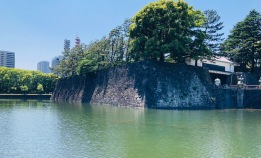 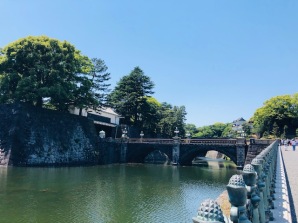 Everything is cute in Japan. Look at the roadworks barriers.

We really wanted to see a themed cafe and still haven’t done that with all the times we’ve been here. That’s mainly because they haven’t been open at the times we’ve gone there.

Today we wanted to see Alice in an Old Castle (Alice in Wonderland theme) at Ikebukuro.

It took a little bit to find but unfortunately, it was not open until 5pm.

The same thing happened to us last time we were in Tokyo. 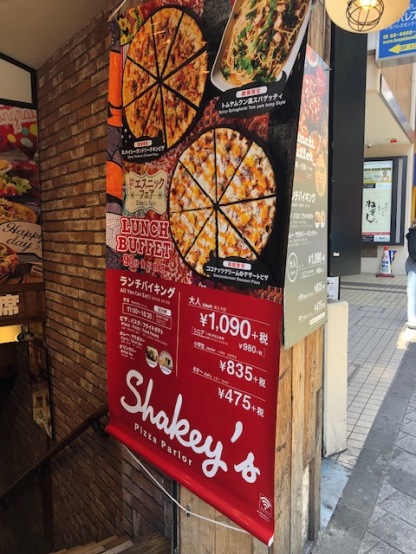 So instead we wandered around Ikebukuro.

This place is special to us as it’s the first place we saw in Tokyo. The very first time we came, we stayed at a hotel in Ikebukuro.

Before we knew it we were in front of Shakey’s pizza.
I’ve mentioned this in a past entry but this has meaning for hubby as he and his family owned a few Shakey’s Pizza Restaurants in the past.
The Shakey’s here in Japan is not exactly as he knew it but we couldn’t help but go in- even though we knew we would be regretting it as we walked out because would surely eat too much and that’s exactly what happened.

We were hot from walking and hungry and I’m sure the staff are still talking about the crazy Westerners who couldn’t stop eating and drinking.

We even ate dessert pizzas!!!

We realised we were less than two kilometres from our apartment so we walked back and I had to take a picture of the roses that are growing along the tramline tracks.
How pretty are they!
Much nicer in real life.

My photo does not do them justice.

We spent a bit of time researching things to do in Osaka this evening. It kind of already feels like we’ve left Tokyo and we’re a bit sad that this part of our vacation is quickly coming to a close but are really excited for the next bit!