It was so nice to be done with flying.

We slept on our last flight.
I know because at one point I turned to hubby and said

“Hey, you’re snoring! I know because your snores woke me up”

It’s forecast to be a lovely 13 degrees celsius here today. The sun is out so it’s not as bad as it sounds.

I wanted to go to the liquor store to see how alcohol is priced here and so I asked “Is there a Bottle-O near here?”
I can’t describe the looks I got. I guess they don’t use that term here.
I did end up going to a Liquor Mart and found a Coonawarra favourite there. They had a few South Aussie wines in fact!

The plan today started with picking up our rental car.

We scored big time because they didn’t have the mid range car hubby ordered and asked if we minded having a Cadillac XT5 instead.

Once we had the car we drove out into the country to see family.
The thing about Manitoba is that it’s flat. I mean flatter than flat. No up, no down, just level straight. No mountains in the distance, no gentle slopes to drive up and down, just flat, flat.
But sometimes the scenery did look pretty.

The town we went to was pretty cute! Lovely streets to walk down and they have the largest smoking pipe AND a gaol.

And while with family I even held, for approximately 1.2 seconds, a bearded dragon. 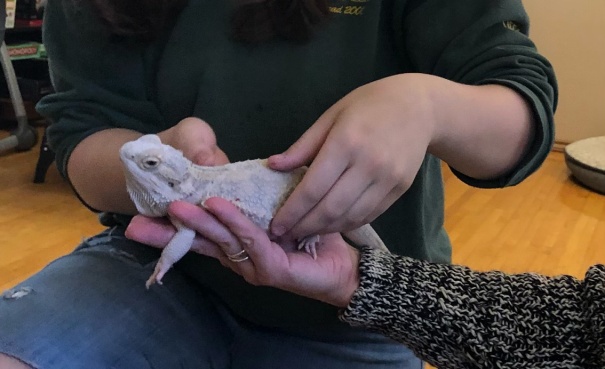 I was much more comfortable with this little one who allowed me to pet and cuddle her for quite some time. 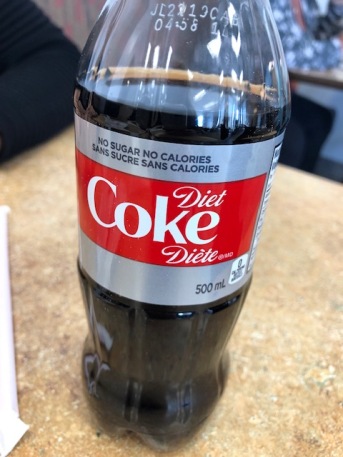 Oh and we made a Tim Hortons stop.

Two in fact, and both times didn’t get sweets but a couple of sandwiches. Who does that?

Tonight we were treated to a Comedy Show!

We had dinner there before the show and ordered what happened to be the biggest tray of nachos I have ever seen in my life!! The pictures don’t do justice to the size. 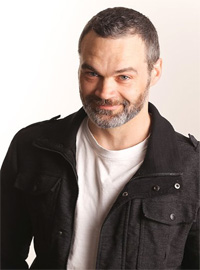 We didn’t know the comedian, but he ended up being so funny!!

He was talking about Karma and how he believes in it. So he knows, when he’s been really nasty to someone, they must have deserved it.

I would definitely recommend seeing him if he’s ever your way!

Still trying to get used to this chilly spring but I’m told warmer days are coming. For now, good night and bonne nuit.