Today on The Dining Diaries, 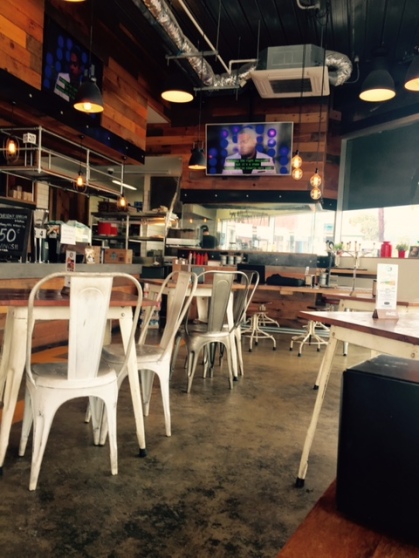 We were really craving a burger today and many places have been suggested to me so although it was tempting to go to an old favourite, we found ourselves at The Burger Foundry at Magill.

If you go to their website, you’ll notice they have a whole page dedicated to their food philosophy which is pretty impressive. One thing they mention is no brioche buns! That was a tick for me already! I don’t get this whole brioche bun craze…

The first thing you’ll notice as you walk into this particular Burger Foundry is the Industrial decor. From the wood to the rusty steel, corrugated iron to the concrete floors it’s all industrial and it’s a look I’m into at the moment.
It was after 3pm when we got there and as such, there was no one else in the dining room. The server was a really nice who took our order and gave us his full attention. I don’t know if he just worked there or was the owner but it seemed he was enjoying what he was doing rather than just going through the motions and that always makes you more comfortable as a diner.

The menu was pretty good if you’re looking for burgers. Lots of different ones to choose from including vegetarian and vegan. There’s also a few side options including fries, onion rings and salads.

I don’t understand how liquor licensing works but I was a teeny bit disapointed that they had three beers and a cider on the menu but no wine.

Easy listening contemporary music was playing while we waited for our order. We were in luck because the day we went in was a Tuesday and they have a 50 cent each wings special on Tuesday! Hubby loves his wings so we ordered a couple of burgers, some fries and ten Buffalo Wings.

The food looked good when it came to the table! It was cooked and brought to us by the same person who had taken my order when we arrived. 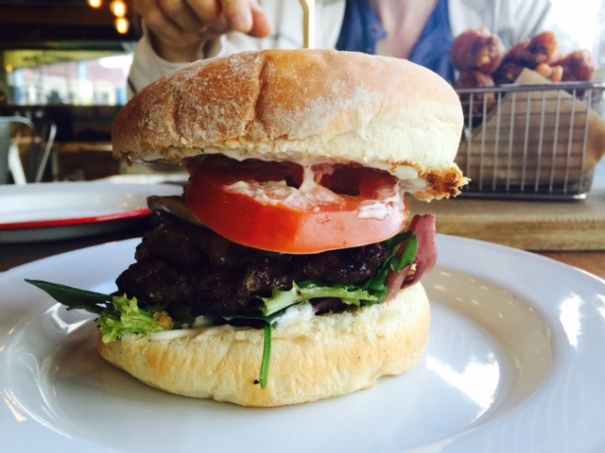 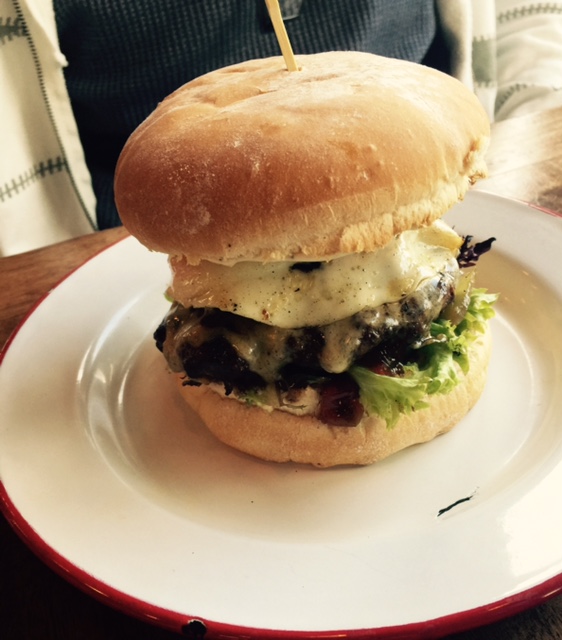 So let me say first up that we both enjoyed our burgers. I could smell that caramlised onion even before I brought that burger up to my mouth and it was such a gorgeous aroma. Everything that was in our burgers was quality and delicious.
The only small complaints I would make is that I prefer my bread to either be toasted or at least warm. The bread was room temperature and maybe I wouldn’t have noticed if it wasn’t so big. There was a lot of bread compared to what was in the burger. I also thought that meat pattie itself could have been a little bigger as it got lost inside that bun and you couldn’t always taste it.
But these are small complaints. The bread itself is made by Burger Foundry and you could tell. Similarly with the sauces in the burger, they’re all made by Burger Foundry. It’s quality and it really does make a difference.
Their website says their food is made with love and from what I saw of the one server/chef today, I would have to agree.

The wings were excellent value.

All of those wings were five dollars! I love how they served the fries too.

I don’t normally eat wings but hubby, being Canadian, is an aficionado and says they were really very tasty and spicy but he wouldn’t have called them Buffalo Wings. He says Buffalo Wings are more to do with how the wing is prepared rather than the sauce that is on it.

All in all this was a great dining experience and if you’re after a couple of burgers and casual dining I’d recommend The Burger Foundry.

Have you been to the Burger Foundry?
What did you think?
Let me know in the comments below!