I’m much more relaxed now in this wonderfully different country.
I knew exactly what to expect from our complimentary breakfast at Denny’s… and look at that meal. So Western, so good.

You may think it’s a bit strange to have a salad at breakfast but actually I enjoyed it. You may also think it strange to have Lounge music playing while you’re eating your eggs on toast in Denny’s but that  somehow works too.
The only thing that I’m not too happy about is that the coffee they give you is an espresso size. It’s teeny tiny and I just need more coffee!! But that’s ok. I can get over it!

Fully satisfied we headed to Shinjuku once again. Last time we were there it was evening and we were dazzled by the lights. This time it was late morning and it was still an impressive place!
We went to the Observation Deck in the Government Building then walked around being awed by sights, sounds and smells.

After a couple of hours walking thirst overtook us and hubby found a cute little place called “Brooklyn Parlour”. Once again, totally deceptive from the street. All we could see was a stairwell leading down to something. What was it going to be? No idea! It’s always an adventure.
So we went down there and were surprised by the size of the restaurant. It was large, it was loud, it was happening and it had fantastic mood lighting. The walls were lined with bookshelves creating a wonderful atmosphere. Everyone is just sooo polite and accomodating.

We ordered a wine and cider. My wine was delicious and long overdue!!! I could have sat there sipping that for another hour or two… 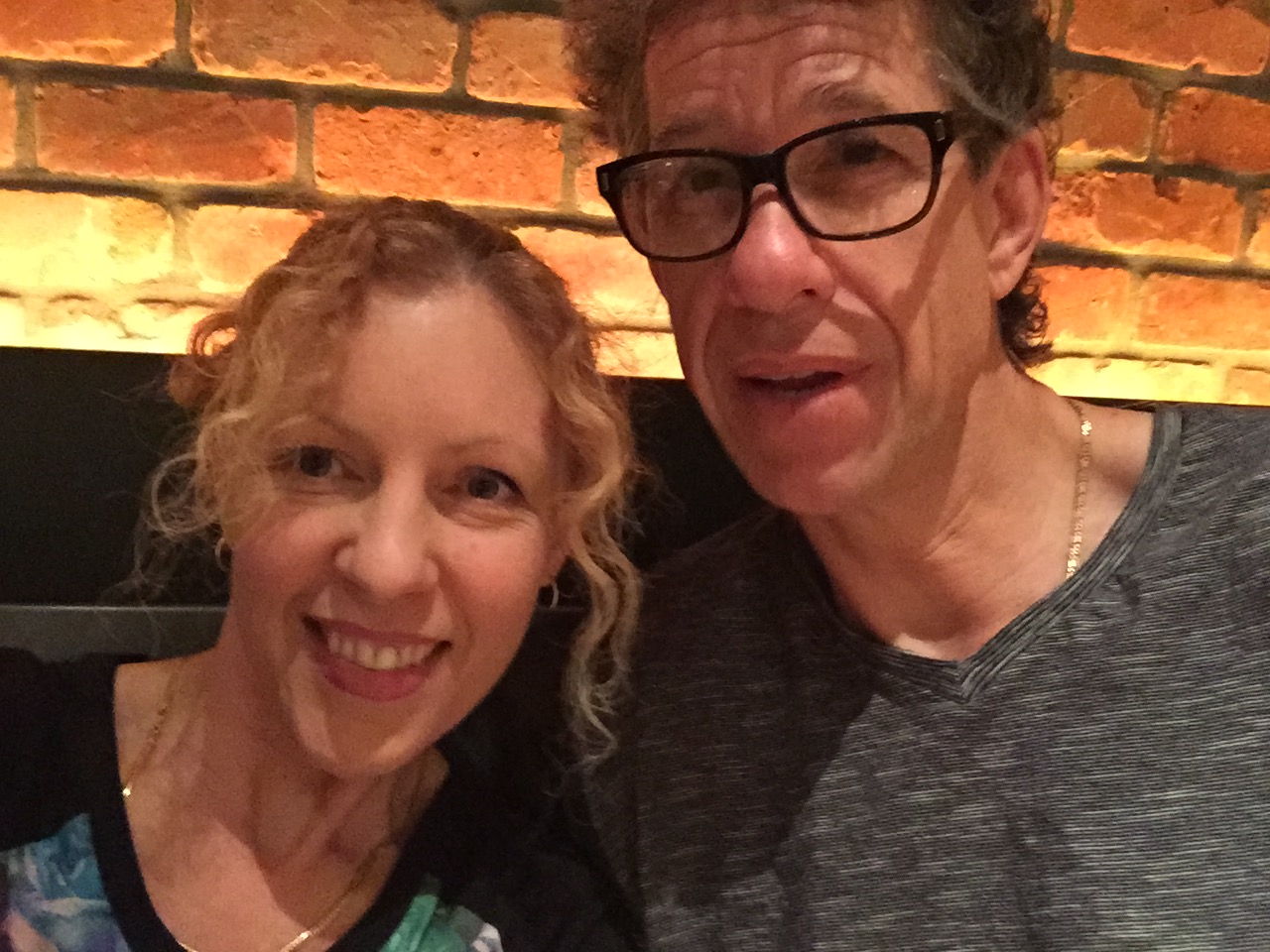 However we headed on back to our hotel – snuck in a couple of sweet treats, and rested up before heading out for our last dinner in Tokyo.

So this evening we stopped in front of a place that said it had authentic Japanese food. Not really sure what that meant, we went in.
Our waiter had limited English but we’re really happy to have anyone that can half understand us. He brought us our drinks, a hot towel and a bowl of something..

Hubby was a bit frightened to try it but he did, and he didn’t die so i thought I’d try some. It was only afterwards that I thought… I hope we were meant to eat that? Maybe it’s for something else??
It had the consistancy of jelly. Tasted a bit like chicken broth and chicken fat. I’m not really sure but I ate it with chop sticks. I know… I’m a pro now! 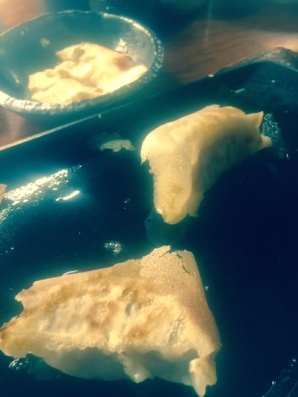 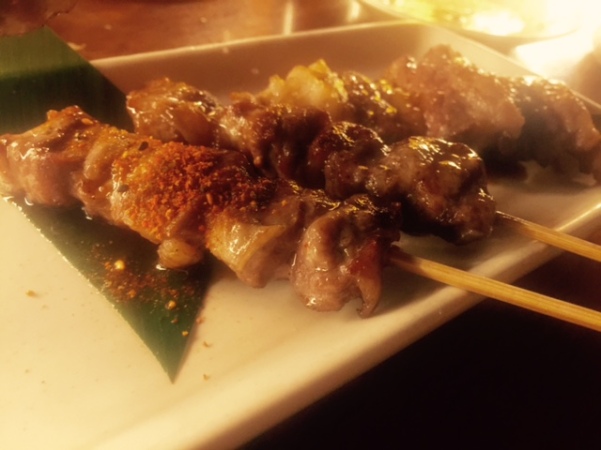 We also ordered dumplings, noodles (traditional Japanese style apparantly) and skewers of meat.
When converted to Aussie dollars, it was all quite expensive and not very filling however it was very tasty and I guess it’s not their fault that the conversion rate for our dollar is not the best at the moment.

As usual the staff were bending over backwards to make sure we had the best time.
There were a line of tables around the kitchen which was in the centre of the restaurant and at one point hubby told one of the chef’s directly that he’d like a bowl of rice, and they just did it! If we weren’t being charged, it would have felt like we were dining at a friends place.

Tomorrow  we’ll be heading off to Osaka for the next leg of this adventure!